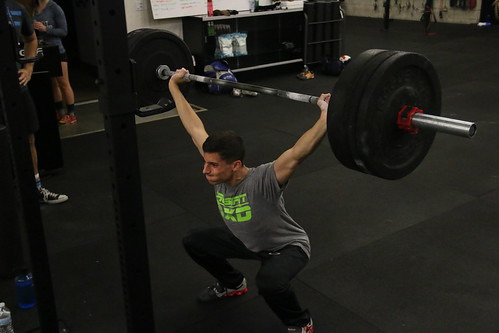 Lets talk about core power, core strength, hell everything related to your core and its importance to your overall training as well as health.  Chronic back pain can be attributed to core weakness on many accounts, including my own.  Obviously its not the sole cause but I can tell you that without a doubt it makes things a 1000x worse when its weaker and a 1000x better when its not.  So how is core strength related to your body?

Lets start by talking about the most sought after aspect of core strength, the 6-Pack.  The muscles that create this phenom are known as the rectus abdominis.  Its primary function is to pull the shoulders towards the hips.  However, that is not all that it does.  The easiest explanation of what your core does for you is your posture and spinal stability or support.  These muscles are responsible for keeping your body in its proper position and alignment for all of your movements whether its double unders or dead lifts.

The core as a whole has the important job of supporting the upper body.  Its the leading contributor to preventing injury to the spinal column.  Each part of your spine has a range of motion of about 4 degrees, not much right?  If that range is exceeded you run the risk of causing serious damage to yourself whether its ligaments, discs, or facet joints.

Most people think of core strengthening as doing sit ups.  Sit ups help build up your core and its probably the most common response and its not wrong, its just that its not completely right either.  Your core should be utilized and strengthened during every movement you do.  It should be a focal point for each exercise we do.  In your quest of self-checking tightening your core (breathing into your diaphragm and not your chest) and trapping the air inside for stability as well as engagement should be one of your steps…FOR…EVERY…MOVEMENT.  So the next time your getting under a bar to squat or press or dead lift keep this in mind.  If you don’t know what we’re talking about ask a coach, after all we are here to help.