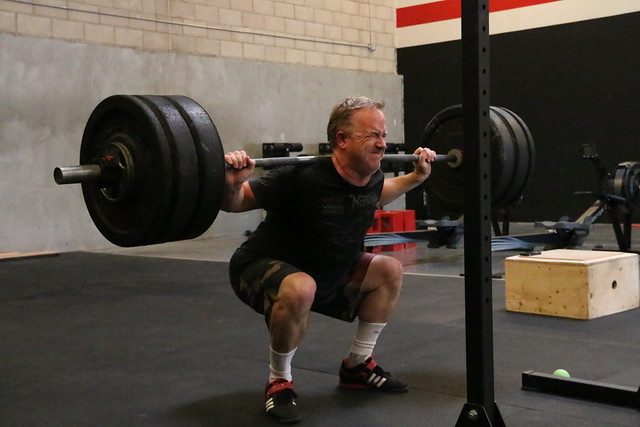 My tenth grade English teacher threw a hissy fit one day about some colloquialism that violated grammar rules (I don’t remember what it was; “you ain’t got none” or “who cares anyways” or some such other adolescent verbal miscreation, which I toats gots, so whatevs!).

But then she said something that has bugged me forever. “Like when you guys say ‘I could care less.’”

She was a very good English teacher, so it sounded odd. To me, she possibly was using a shortcut and didn’t complete the phrase (“I couldn’t care [less]”) or possibly she had said “I could care.” It wasn’t a pet peeve of mine until then (because I had always said “I couldn’t care less,” so I didn’t care; less). “I could care less” implies that you care a little, while “I couldn’t care less” clearly means that you don’t give a flying flip. But what did she actually say? I never asked. So even to this day, I wonder whether she had misspoken or whether I had misheard.

But I know darned well that I heard my CFL1 seminar trainer say that the tail tuck at the bottom of a squat — the “butt wink” —was the sign of an “immature squat.” And that clearly implied that it was bad. For years I tried to reconcile that with what I was seeing in the gym, on the field at the Games, at Games Regionals and at many local competitions as I judged top-notch and world-class athletes: the tail tuck at the bottom of squat position. If Christopher CrossFit has a butt wink, is that the chink in his armor? The gaffe in his game? The Achilles Heel in his … hips? Is even his squat “immature”?

The chatter in the fitness world on this subject is mind-bogglingly diverse and full of “pseudo-science” on whether it is natural, whether it will kill you, whether you can fix it and whether it should be fixed. The fact of the matter is this: the pelvis rotates on a sagittal axis as the hip joint descends below the knee joint and the angle of displacement becomes more acute, causing full spinal flexion in the lumbar spine and extreme elimination of the lordotic arch. That’s what it sounds like when you search the interwebz for a simple answer. Then you encounter more fake med-speak from self-proclaimed experts (i.e., personal trainers) until eventually you give in and just agree: “butt wink bad! Me bad person for doing it.”

It’s BS. When you get really deep into the bottom of a squat, your lower back starts to straighten out for a lot of reasons, and not all of them apply to everyone. There are different sets of muscles that might be pulling on your pelvis, or maybe you are pitching forward with your upper back, and none of it really matters until you squat with heavy weight. What the “butt wink” shows is that you are squatting lower than the point at which your lower spine stays neutral. It becomes an issue with heavy weights in the front, back and overhead squats (including the squat portion of the clean and snatch) because it can place excess pressure on the discs and vertebrae that may not be sufficiently counter-balanced by strong muscles to protect them. In other words, it just means you are squatting “too” low.

“Heretic! Blasphemy! There is no such thing as squatting too low. He’s a witch! Burn him!”

Yes there is, so drop the pitchforks; it just doesn’t matter until you squat with heavy weight. In fact, we train to squat too low because we are trying to train the muscles that will help us establish a lower safe squat. Knowing where the butt wink occurs means knowing where that threshold from safe to unsafe is. We can high-five each other all day, and the relative impact is meaningless; it’s a safe movement. But if we increase the speed and force of that interaction by 1000, it becomes unsafe: it will hurt, and our hands will probably disintegrate on contact. The same is true of a squat: add a few hundred pounds and the effect on the lower spine is magnified (whether it is the pulling at the bottom of the pelvis or the pushing at the top of the thoracic spine: your lower back and your hips respond). This natural reaction is why people tend not to squat as low for a 1RM back squat as they might for an air squat: there’s a point when your body knows that your hips have gone low enough, or at least as low as they are going to go and still allow you to stand back up with the weight at issue. That is the natural threshold; the lowest position of the safe squat. If you practice the safe squat, you’ll find that it is harder. It taxes the muscles at the threshold and makes them stronger; and the more you practice it, the more you will find that your safe squat gets deeper. Will that eliminate the butt wink? Probably not entirely, but that’s not a bad thing: it tells you where nature says “that’s enough.” If you respect that limitation when working under heavy load, nature rewards you with greater range of safe motion.

All of that is to say this: squat as low as you can, but learn where the transition from low to “too low” occurs — that’s the “low enough” point, the training area where we aim to strengthen muscles so that the threshold between low and “too low” gets lower. The lower that threshold, the safer we are when we squat with heavy weights (because it means we have grown stronger in that lower position). Capiche?